They say that ideas can be born in unexpected or critical situations. Is it so? Yes, but only if the creative thinking escorts the problem.

It all started with the birth of the idea, authored by the head of Educa - Languages, Lenka Konickova.

She was an Erasmus+ coordinator at the Metropolitan University in Prague in 2005-2011 and there she gained much experience working with the international students. In 2013 she had received an offer to work in Educa International and she gladly accepted it even though she was on her maternity leave. At that company, multiple foreign teachers-interns were often asking for internships during the summer months, however, all of the schools were closed. Then Lenka had thought of offering the foreign interns to create individual programs for teaching languages to local students and employees at the convenient time and place. Being an active energetic positive person with a creative attitude towards life, she certainly passed it on to her workspace.

That is how a problem became a solution and triggered Educa-Languages to exist.

At first it was as personal project, Lenka Konickova took the risk and started offering internships and language courses everywhere where she could! The interns from different countries, who had the knowledge of English and other languages, started preparing the individual learning programs and began teaching. After some time, it had become clear that the idea was successful and Lenka Konickova took the courage and became self-employed! In 2017 Educa - Languages has welcomed its first interns and one of them is still working for Educa - Languages (or as our team calls it -  Educa)

It is quite funny, actually, that I have started at Educa-Languages as an intern and I was one of the first interns - says Ksenija laughing - and that now I am being interviewed for Educa by Educa as an ex-intern and a current employee!

I started slowly, as a project coordinator and now I do so many things!

In January 2018 Educa - Languages officially became a language school. It has already welcomed more than 59 foreign interns from 14 countries and the number is growing every month. The interns apply every week and after careful selection Educa - Languages welcomes them to Prague and the team of teachers as well as to the internal team. 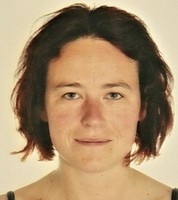 Mgr. et Mgr. Lenka Koníčková (*1979) - studied at the University of West Bohemia in Pilsen, the field of study - Social and Cultural Anthropology, later Politics and International Relations. After studying, she worked at Ministry of Foreign Affairs of the Czech Republic; from 2006 at Metropolitan University Prague, where she worked as an Erasmus Coordinator. Valuable experience and knowledge enabled her to set up Educa-Languages.

We use cookies to enable the proper functioning and security of our website, and to offer you the best possible user experience.